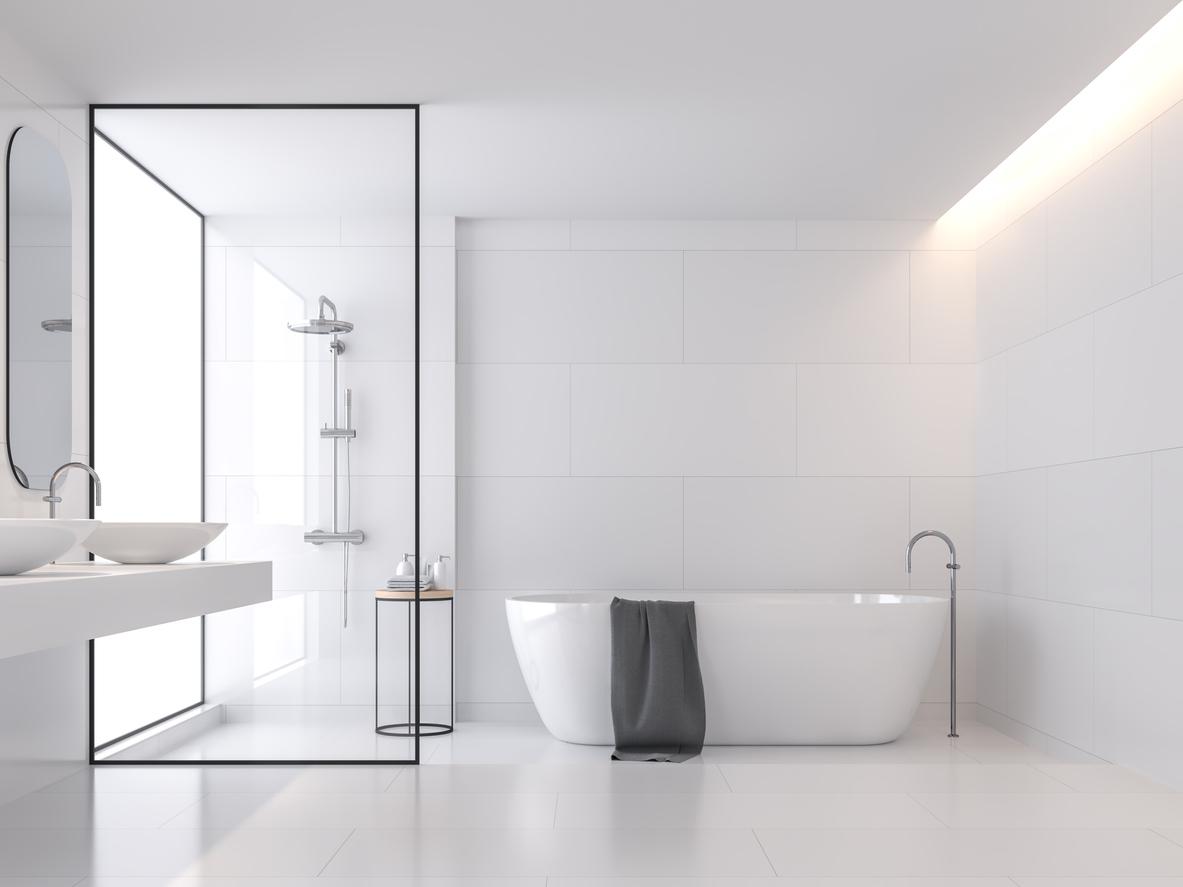 Mould can very easily build up on bathroom basins, taps and within the gaps between the tiles. The reason why it is so easy for mould to grow is that it thrives within moist and humid environments, which of course describes the bathroom space perfectly.

When mould begins to collect on bathroom mixers and other areas of the room, it not only looks bad, but can in fact present a minor health risk. Thankfully getting rid of mould is easily done, and there are a couple of ways in which you can remove it at home. There are many products on the market which you can use, but there are also some home remedies which may provide you with a cheaper and more effective solution.

No matter where you are getting rid of mould from, it is important that you always wear gloves when applying the solution and when cleaning it off. White vinegar provides a great option here, and you don’t even have to dilute this. Take a spare bottle and pour vinegar in directly, then apply to the kitchen mixers and sinks, or wherever the mould has began to deposit. Simply apply the vinegar and then leave it for an hour or two, before rinsing away.

Borax is a great option for cleaning mould away from bathroom sinks and other crevices in the room, but this is less commonly found these days. A better solution would be to use baking soda, which you can mix with some water to create the perfect mould killer. Baking soda is a natural insecticide and fungicide, which is why it is so effective at getting rid of mould. Mix around 200g of baking soda with 3.5 liters and water and pour into a spray bottle. Spray the mixture on the surface with mould on it and simply leave it, you don’t even have to rinse this off. Slowly but surely the mixture will chip away at the mould and leave you with a space that is completely free from any residue.

If you have a big build up of mould on your bathroom taps or any other area of the bathroom and it just won’t shift, it may be time to try out a bleach solution. Whilst bleach is effective, its power to corrode is why we only use this chemical sparingly. Mix up one part bleach with ten parts warm water, and mix it up in a spray bottle. Be sure that you don’t use this on a porous area, as bleach can seep into the cracks and cause damage. Spray the solution onto the affected area and then leave it for 25 minutes before slowly rinsing off. Again we should remind you that using gloves is critical here, as bleach can do great damage if it comes into direct contact with the skin.

And there you have it, three simple ways to clear mould from your showers, sinks and anywhere else that it happens to build up in the bathroom.