Although Native American decor is often trendy in the Southwest, for several decades it has become increasingly popular to use traditional themes throughout the home and garden. Perhaps it is because of the fact that this particular period in American history was one of natural beauty with elements of nature being a huge part of design themes from every tribe and clan. With such an emphasis today on getting back to nature and conserving our resources, even more attention is being given to this style of décor and you might want to think about using a few of the most common elements to inspire awe in your home décor, inside or out. 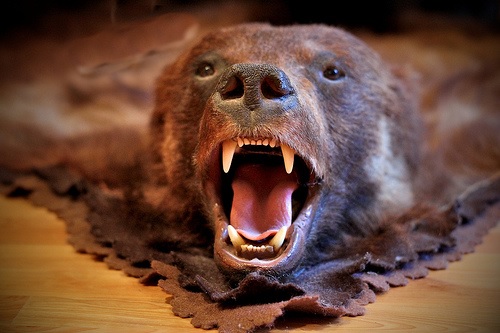 One of the most popular trends that always draws attention upon first entering a room is an animal fur either hanging on the wall or a throw over a chair. The most common furs that are used are usually white, but black and brown are used often as well. As long as the fur is from a long haired animal, it will be used in some way. Since the bear has special meaning in Native American culture, it is one of the most commonly used types of fur.

Another common trend in home décor is pottery. Of course there is very little authentic pottery dating back more than within the past century, but the style used in the Southwest for vases and bowls is quite popular. Usually done in a reddish-brown clay, these make beautiful centerpieces when the table linens are woven in traditional Native American patterns. A common color that accents pottery well is turquoise and this is also common to Southwestern culture.

Artwork with a Spiritual Flavor – The Dream Catcher

Anyone who has ever seen a dream catcher knows just how lovely they can be. They range in size from tiny little replicas that hang from key chains to those which measure more than two feet in diameter and are best suited for hanging on a wall. Traditionally, dream catchers were hung by the bed as they actually were thought to serve a purpose. As legend has it, children were having bad dreams and so a shaman crafted a dream catcher so that it would trap the bad dreams and only let the good ones get to the dreamer. These were specially made throughout history and even today, you can learn how to make a dream catcher so that it will be both aesthetically pleasing and spiritually infused with meaning.

Whether you create your own Native American artwork or buy a piece from a gallery, there is one thing that is common and that is the beauty inherent in each and every piece. Native American décor inspires awe because it has meaning and that is what makes it as popular today as it has been throughout the centuries with native peoples. Decorate one room or an entire home and you will be completely awestruck by the beauty before your eyes. Just remember that every piece should be infused with meaning so choose with this in mind.