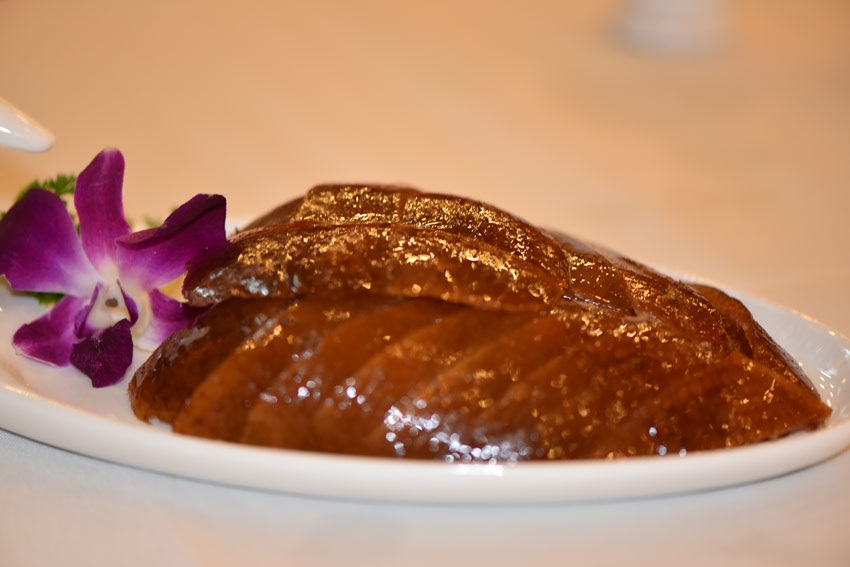 Whether you’re actually in Peking or an authentic Chinese restaurant in your neighborhood, Peking Duck is not to be missed. Luscious, juicy meat surrounded by crackling, perfectly roasted skin makes for a mouthwatering meal.

This is a bird with a history. Serving it is theater, eating it has a protocol. Here is a quick look at the history of this succulent meal, how it is traditionally prepared, and the way serious foodies recommend you eat it.

A Short History of Peking Duck

In Peking in the 1300s, the Emperor of China loved his duck, eating one a day. His cooks were running out of ideas. Then one inspired chef placed one in an enclosed oven, not much bigger than the duck. It roasted slowly, sealing the juices.

The Emperor approved. In fact, he ordered his special duck for days in a row. His courtiers decided they loved it too. After the ruler died, people outside the court learned about the royal dish.

Now called Peking Duck, its popularity spread throughout the city. In the 1400s, Bianyifang became the first restaurant in the imperial capital to serve it—and it still does today.

Gradually changes were introduced. In the 1700s, another restaurant, Quanjude, started hanging the duck vertically instead of flat. More fat could drain out, giving the duck a crispier skin. For added flavor, the oven was heated with a fruitwood fire.

Ducks prepared in the traditional manner are about 100 days old. In the last few days before the chopping block, they are force-fed to make them plumper.

After they are killed, the chef makes sure the skin is thoroughly separated from the meat by forcing air into the area around the neck. Then the guts are pulled out through a tiny hole under a wing.

Next, sorghum is placed in the chest cavity, followed by boiling water and then maltose syrup for coloring. To dry it out, the cook hangs it up for a day.

Just before placing it in the oven, he pours water into the duck. As the duck heats up in the oven, the water helps steams the meat. At the same time, the fruitwood fire crisps up the skin, and the fat melts off.

Your server carves the duck at the table. He sets out the five essential building blocks of the meal: cucumber, sweet bean sauce, duck meat, spring onions and steamed pancakes.

The rest is up to you. You assemble a bite-size package of pancake, sauce, duck and vegetables, varying the amounts of each to your taste.

Once served at your table, properly eating Peking Duck is a six-step process:

Purists insist you need to use chopsticks, but true lovers of this meal say just get it into your mouth as best you can. Just like emperors of old, you’re there to feast on this delicious duck.