Did you know that the origin of the word school comes from the notion of free time, which in today’s world means fun. The point is that learning can be fun and board games can be useful for academic and mind building purposes. Here’s how to laugh with family and friends while learning a bit at the same time. 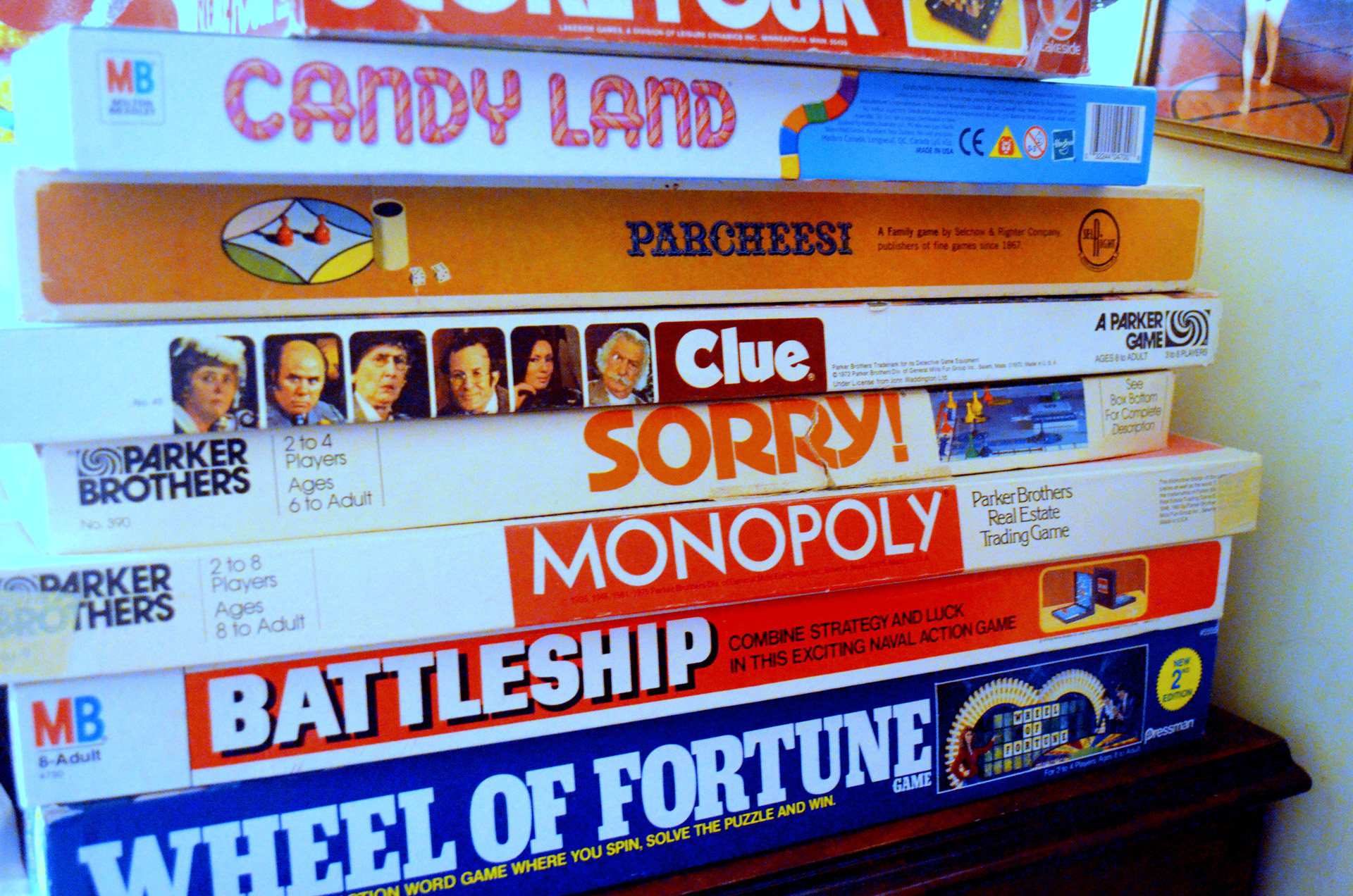 Simon has been around for decades but the challenge to gamers remains. Basically, it’s a good old fashioned game of memory. Simon signals a cycle for gamers to repeat by flashing one of four lights as well as making different sounds. Gamers can choose from easy to difficult levels.

While the game plays upon the affiliated movie’s mystery theme, the challenge is eliminating enough choices so you can be the one to guess the murderer, the murder location, and the murder weapon. It’s a thrill to be the winning detective who dials in the correct combination and solves the crime.

Monopoly players need luck, yet those who are a bit shrewd in making financial decisions succeed. It’s a great way for kids to get an elementary understanding of real estate and the ownership of property. Who knows? You may be playing with the world’s next real estate mogul.

The game combines a mental and physical challenge as players try to maneuver pieces to win while the game board itself rotates, so you’re never playing the same game twice. Players have to move their way toward the center of the board until they have all three tokens there. Get this and other mentally stimulating tabletop games online.

Operation is super fun and players get an overview of anatomy as well. Aping a surgeon, players are assigned the task of removing various body parts. The catch is that the sides of the board are fixed with electric impulses, so players will receive a small shock, indicating a failed attempt, if they are not flawless.

The old-fashioned Twister game necessitates players to place any limb on a specific color, making for hilarious and gymnastic positions. This version is a bit different as famous personalities bark commands at players who have to maintain rhythm while acquiescing to the requests. It’s Dance Dance Revolution meets Simon!

There are various versions of this board game classic that initially modeled itself after Jeopardy, demanding players answer questions on various topics such as history, sports, etc. You could target a version that is age as well as interest appropriate if you want to involve the kids.

It’s a game staple of the ages. Chess is the classic game of strategy, where a range of pieces move in specific patterns and the ultimate purpose is to take your opponent’s king. It may be a bit too complicated for really young children to grasp yet you’d be surprised what school aged kids can quickly learn.