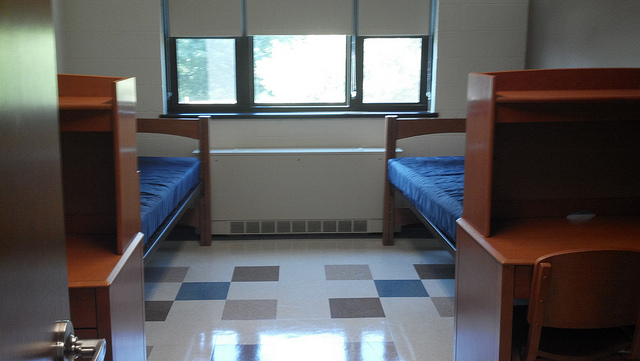 If you’re getting ready to head out to college, you probably have some idea of the challenges that await you. Writing long papers, losing entire nights of sleep and surviving on junk food are just some of what you’ll be facing. Fortunately, modern technology can help make the experience easier to bear.

Here are some gadgets all college students should have in their dorms:

Bluetooth speakers allow you to take your music virtually anywhere. They offer a number of unique advantages that make them ideal for students living in dorms or small apartments.

Since they’re wireless, you don’t have to struggle with messy wires and they’re easily connected to compatible devices. Bluetooth speakers are also small, meaning they will fit into just about any space. They consume very little power for their high output and they tend to be cheaper than their conventional counterparts.

Although a surge protector is clearly not the most exciting product on this list, it’s one of the best investments you can make and fortunately they’re fairly cheap. Even the best laptops for students can get fried because of your dorm’s electrical problems. You don’t have to buy the most expensive surge protector to protect your devices. A mere $20 spent on a basic model beats having to replace expensive items when you’re low on cash.

Roku players are portable streaming devices that allow you to display Internet content on your tv. Although there are currently six different models available, all of them provide access to the 3,500-plus channels Roku offers.

All Roku models come with a remote control that can search across multiple content providers. It comes with shortcut buttons that allow quick access to popular channels. Roku also offers a mobile app that can be used as a remote or to transmit media from your phone to your TV. The app is perfect for use in locations that require you to log in for Wi-Fi access, such as college dorm rooms.

Another of its important advantages is that it allows the user to pay only for the channels they want. While there are lots of premium channels available, there are also plenty of free ones. Since the devices are portable, you can take your service with you wherever you go.

A smartwatch is a relatively new trend in technology. Unlike conventional watches, they go far beyond telling time. They can send/receive calls and text messages, perform calculations and translations, play music and run various mobile apps that a college student might find useful.

While the smartwatch might sound like just the latest expensive gimmick, they offer a level of convenience and discretion that’s hard to match with a smartphone. You can actually perform many of the same functions without being nearly as obnoxious. While some smartwatches are more expensive, models like the Pebble Smartwatch run for less than $100 with many of the same features.

Virtually any dorm you’re likely to encounter will offer Wi-Fi, but the quality isn’t always the best. It’s usually not the service itself, but rather the fact that dozens of students are using it at the same time for all their streaming, gaming and browsing needs. Plugging your computer into the wall with an Ethernet cable might not look very cool, but it beats waiting 10 minutes for your computer to buffer and it’s always dependable.

College students clearly aren’t the wealthiest consumers, but their situation creates a need for the latest technological gadgetry. Fortunately, most of the items listed above aren’t terribly expensive. Some of them can actually save you money that you might need for something else.

Evan Matthews is tech loving Dad who can, at times, frustrate his family with his testing out of gadgets, apps and smarthome tech, especially when it goes a bit wrong! He writes about technology and family life, combining the two wherever possible.