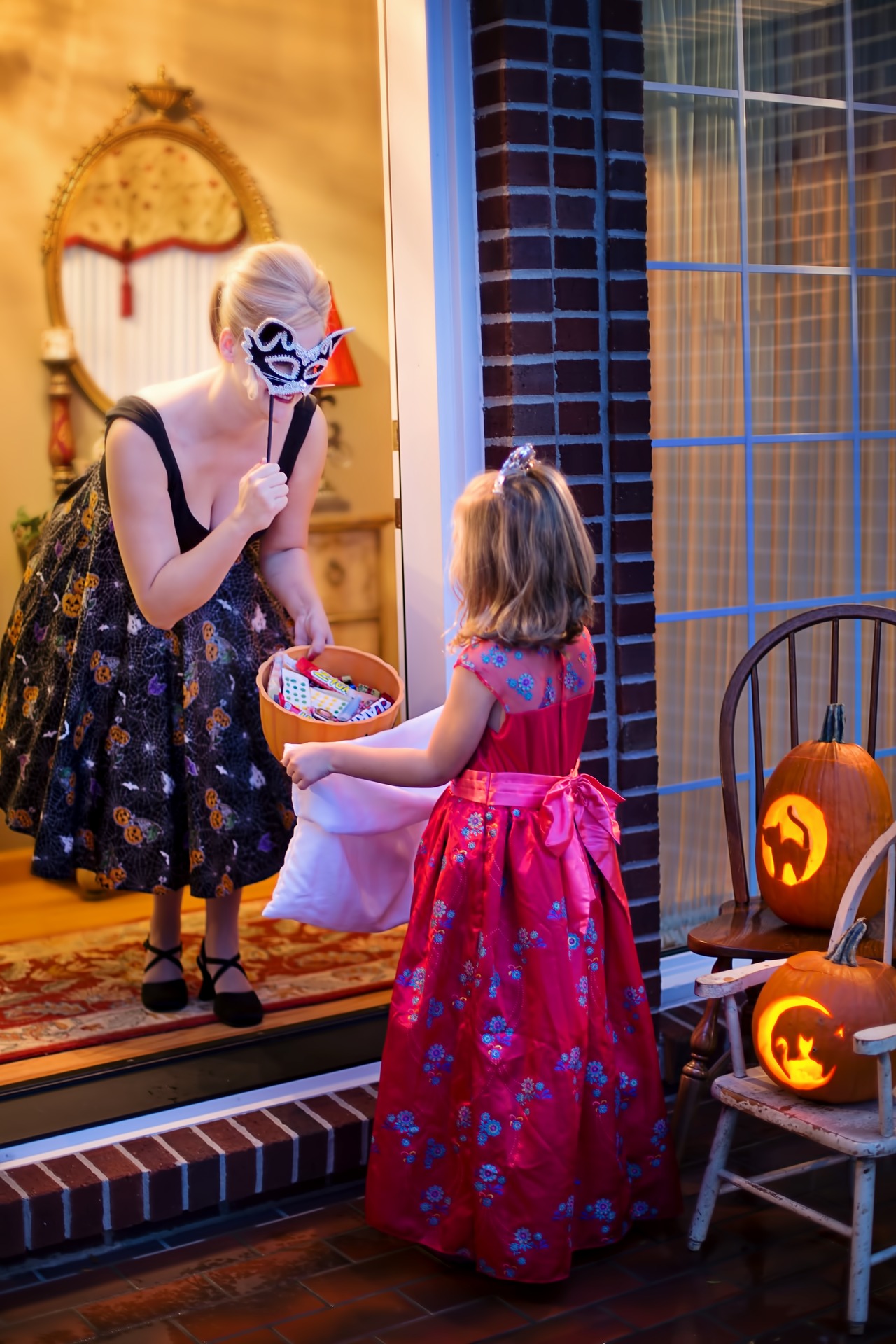 Spooky season is here, and soon enough your kids will be picking out costumes based on creepy monsters or their favorite movie characters. If they’re still too young to go trick-or-treating by themselves or with friends, you’ll need to accompany them. But times have changed since you stalked the nights of October 31st, so what can you do to keep your little goblins safe this Halloween?

October is when the summer heat begins to fade away, and it can get chilly walking from house to house at night. It’s smart to dress warmly, so bring a jacket for you and your kids; even if they initially don’t want to wear one over their costume, it’s still better to bring one just in case. Dress them in warm clothing underneath their costume as well, such as a sweater or hoodie. You might also bring some gloves along, as well as comfortable shoes for all the walking you’ll be doing. The last thing you want to deal with when trick-or-treating is your bunion lump rubbing against tight sneakers. If you are currently experiencing bunion, visit thebunioncure.com for more information.

Safety is always important, but even more so when trick-or-treating. Your kids are going to be walking around with ghosts and ghouls and such, so you’re going to need to take some extra precautions. You’ll be with them until they’re older, but it still couldn’t hurt to put a bit of reflective tape onto their costume for passing cars. Alternatively, you could give them a glow-in-the-dark bracelet or necklace to help them stand out and also to keep a better eye on them. If they’re still pretty young, be sure to walk up to doors with them instead of waiting in the car, and be sure they understand the importance of not going into a house–unless it’s grandma’s. Once they’re old enough to go with friends, make sure they know to stay with a group and not to wander alone.

After the night comes to an end, it’s time to round up all the candy. Never let small children dive directly into their plunders. Take the time to sift through it and check for open wrappers or homemade treats, as they can be poisonous or filled with harmful items. If they have an allergy, such as peanuts, remove any candy containing them. They’re bound to want to dig into some of that sugar when they get home, and it’s okay to let them have some, but don’t let them pig out on all of it like it’s their last meal. Put some of it away for them to have later and maybe snag a piece or two for yourself–you earned it.

Keeping your children safe should be your top priority this holiday season, but it’s also important to remember to have fun. It’s Halloween, after all! Put on a costume yourself and enjoy the experience with them. Take some pictures, eat some candy, and stay up and watch a scary movie with the spouse after the kids have gone to sleep–just be sure to check for monsters in your closet before you go to bed.