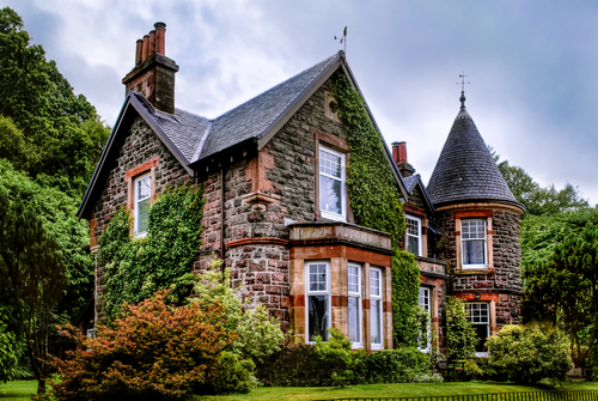 Living in an old house can be an adventure in and of itself. That glimpse into the way people used to live in the 20th, and even sometimes the 19th centuries can be fascinating. The way the world, and especially home environments, worked back then can be very different to how we operate in our homes nowadays. Plus, the ease and functionality of the modern house won’t be present in basically any original older buildings.

Living in these places, therefore, can present their own unique difficulties, and many people want to keep the aesthetic elements of yesteryear in their home but bring the convenience of the 21s century with them. We have put together a list of ways to bring an antiquated home into the 21st century, in the hopes that it aids you in your quest for all the trappings of the older aesthetic, with none of the hassle.

First thing’s first, getting your house rewired is a must. Any old home will have electricity wired to it, obviously, but as there were significantly fewer machines that were affordable in a home environment, there are fewer power points available for your usage. This is, for many, a minor inconvenience most of the time, but can become a real hazard when those power points are overloaded from too many power boards being used at once.

Older homes have none of the modern safety features present in modern homes, so your house is more at risk of fire in these situations. Have an electrician put in more points where they can, and you’ll avoid this. While you’re having wiring put in, consider tv antenna installation as well, as this can not only bring up the value of your home, but also gives you more to do with a strong television signal.

To some, it can seem like sacrilege to add modern extensions to an old home. However, the combinations of aesthetics can be quite lovely in some instances. Knocking down walls is dangerous, so before you do anything, make sure you have a qualified builder look over the plans for your home and inspect the place itself. That way, you can ensure that you aren’t taking out any load-bearing walls.

Once you’ve been cleared by a builder, you can start planning what kind of extension you want to put on. It’s always best to hire a contractor to do the actual building, because constructing a room or rooms without the full knowledge of the construction process can lead to an unsafe or unstable home.

In the 19th century, there was no such thing as a home solar power system, so if you have an older home you are likely running entirely off of the coal-powered electricity grid. Solar panels and a home battery system can take a lot of the cost out of running your home, and put excess power back into the grid once your battery is full. Contacting solar companies is the best way to get reliably produced, high quality panels and installation, so that should be your first call in this step of the plan to modernise your antiquated home.

With these tips your home can go from a reminder of a bygone era to a symbol of the possibility of the future, and with television antennas, solar power, and renovations all in place your home becomes entirely unique, and exactly as you want it.