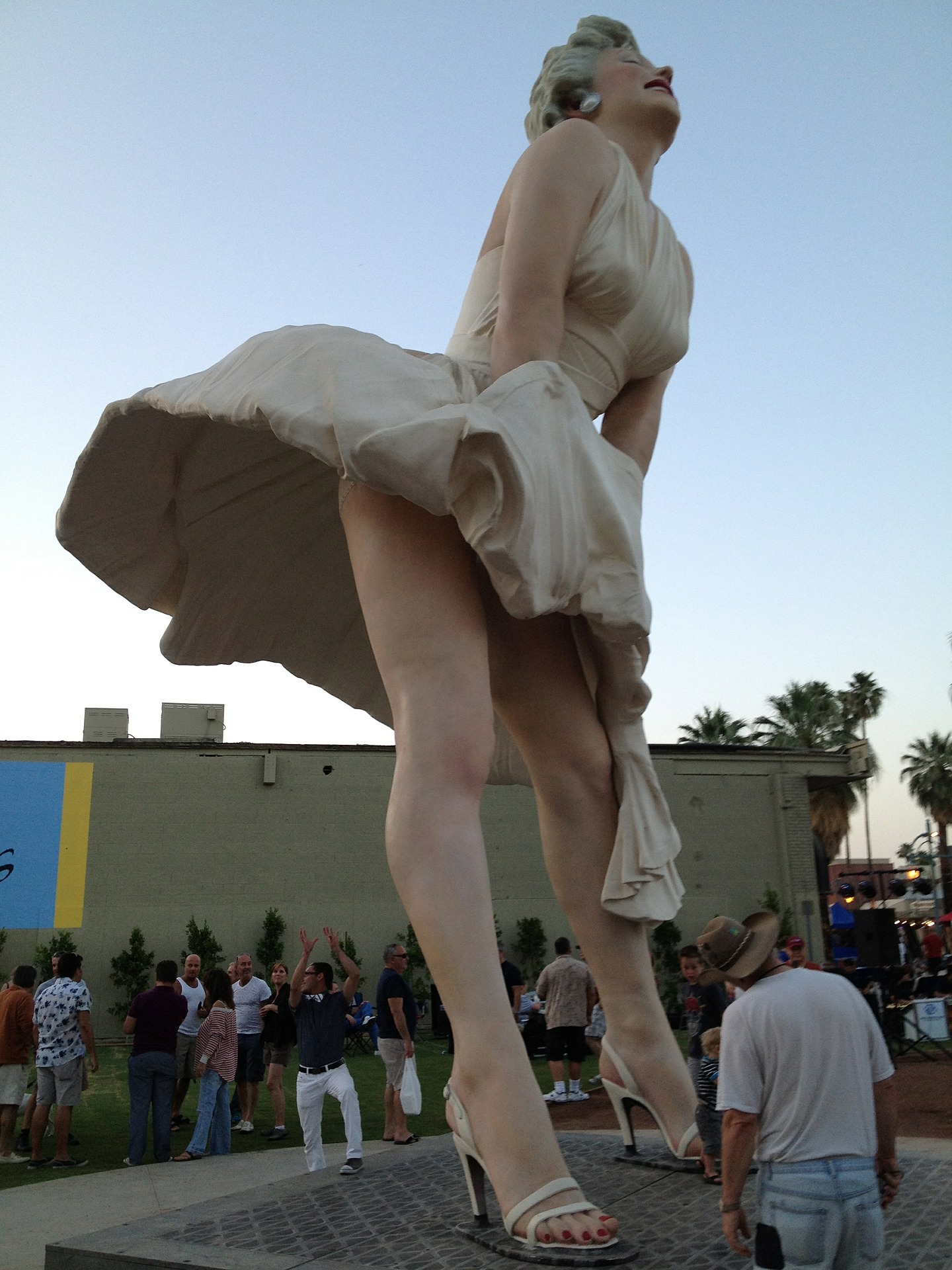 Many of the most iconic outfits over the last century feature sneakers. From Hollywood in the 1950s through the heyday of rock and roll, sneakers have stayed in fashion since this footwear was created. Draw on style inspiration from decades of great outfits with discount sneakers.

Sneakers were introduced in the 19th century, but stepped into the spotlight in 1916 with the release of the first mass-produced plimsolls or rubber-soled canvas shoes. The following year saw the release of Converse sneakers, which are still some of the best sneakers for men. Basketball player Chuck Taylor sported high tops with team uniforms.

Casually wearing sneakers was considered a sign of rebellion in the early 1950s. Many Hollywood stars loved wearing this style. Marlon Brando wore sneakers and slacks in classic films and Marilyn Monroe was photographed in 1952 wearing Keds with loose, cuffed jeans. This look remains on trend today. James Dean originated a timeless look by pairing Jack Purcell sneakers with jeans.

The plimsoll style was a mid-century standard. Audrey Hepburn updated the example set by Marilyn Monroe by wearing dark canvas sneakers with straight leg jeans in the late 1960s. Jennifer Grey famously laced up a pair of white plimsolls for the 1987 film “Dirty Dancing,” which was set in 1963. Browse a womens sneakers sale to find a pair to show off your style.

Sneakers originated as athletic shoes and many trend-setting styles featuring this footwear were first worn by athletes. Following in the footsteps of Chuck Taylor, NBA star Walt “Clyde” Frazier signed a deal to promote Puma Clydes, a wider version of the Puma Basket style, in 1973. One of the most iconic sneaker styles was spotted on the court during the 1984-1985 Chicago Bulls season when the rookie Michael Jordan wore Air Jordan 1 sneakers. The NBA had a requirement that only white shoes be worn on the court. Nike paid the $5,000 fine after every game and had record sales.

Musicians have long appreciated the comfortable style, versatility and rebellious appeal of sneakers. Converse were favorites of the rock and roll scene in the 1960s and 1970s and became mainstays in punk fashion during the 1970s and 1980s. Stylish sneakers were must-have swag for hip hop groups in the 1980s and 1990s, as referenced in the 1986 Run-DMC hit “My Adidas.” This long relationship continues today with collaborations between sneaker brands and musical artists.

Shoe styles in the 1990s were characterized by chunky soles, a look that is back in fashion today. From the canvas classics revisited in grunge fashion to platform sneakers worn by pop artists at the turn of the century, these retro styles remain on trend.

These are just a few fashion highlights featuring sneakers from the mid-twentieth-century through the first two decades of the twenty-first century. Sneakers are a comfortable style of footwear that are always in style. Many classic brands still make new styles and offer limited edition re-releases of favorites from the past.