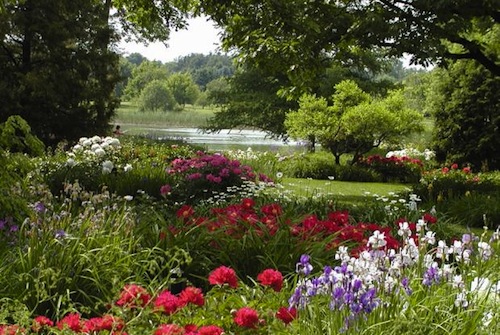 Hey there, Urban Housewives! How was everybody’s weekend? Good? Great!

Because I continue to be obsessed with my upcoming trip to Montreal, I’ve been spending a lot of time looking up different things to do there. And I have to say – I’m pretty spoiled for choice! There are so many activities and sights to check out, I’m feeling a bit overwhelmed. It would appear that a lover of the arts and outdoors (like me) would find it hard to be bored in Montreal.

I especially am looking forward to checking out some of the myriad live performance options that can be found in the city. There’s definitely more than one dance performance in Montreal that I’m keen to go see. In particular, Les Grands Ballet is helping to put on Sleeping Beauty at the Théâtre Maisonneuve. So let’s face it, I’m obviously sold on that one! I used to dance ballet as a little girl, and it still fills me to this day with a wonderful, magical kind of nostalgia. I think a lot of little girls feel that way, actually. More so than opera or a more Broadway-type performance, ballet seems to touch my heart instantly, from the moment a show begins.

I’m pretty sure they also do the occasional show at Jardin Botanique in Montreal, so I’m really hoping there will be some kind of event going on there while I’m visiting. Either way, the garden is supposed to be an absolute must for anyone visiting the city. It’s actually the third largest garden in the world! I’m not sure who determines those sorts of things, but I won’t be the one to challenge that claim. It’s 75 hectares of beautiful foliage, featuring a few different region-specific gardens, like the Chinese Garden and the bonsai forest of the Japanese Garden. In the fall, the Chinese Garden lights thousands of “magic lanterns” that are supposed to be gorgeous at night.

But a girl can’t subsist on lanterns and ballet alone – she’s got to eat! And there is no place that I’m looking forward to more with regards to Canadian cuisine than La Banquise. La Banquise is world-renowned and known specifically for its poutine, a traditional Canadian dish that is kind of reminiscent of disco fries. (If you’ve ever been down the Jersey Shore, you know what those are!) The restaurant features over two dozen varieties of poutine, from classic to crazy. It also has a great selection of microbrews, so you know what I’ll be washing that poutine down with.

There are so many things I’m looking forward to in Montreal, it’s almost like there are too many! But as my mother would say, that’s a good problem to have. I’ll keep updating you guys on other things I’m excited about in the French Canadian city as the trip gets closer. Until then, good luck beating the heat and stay cool!