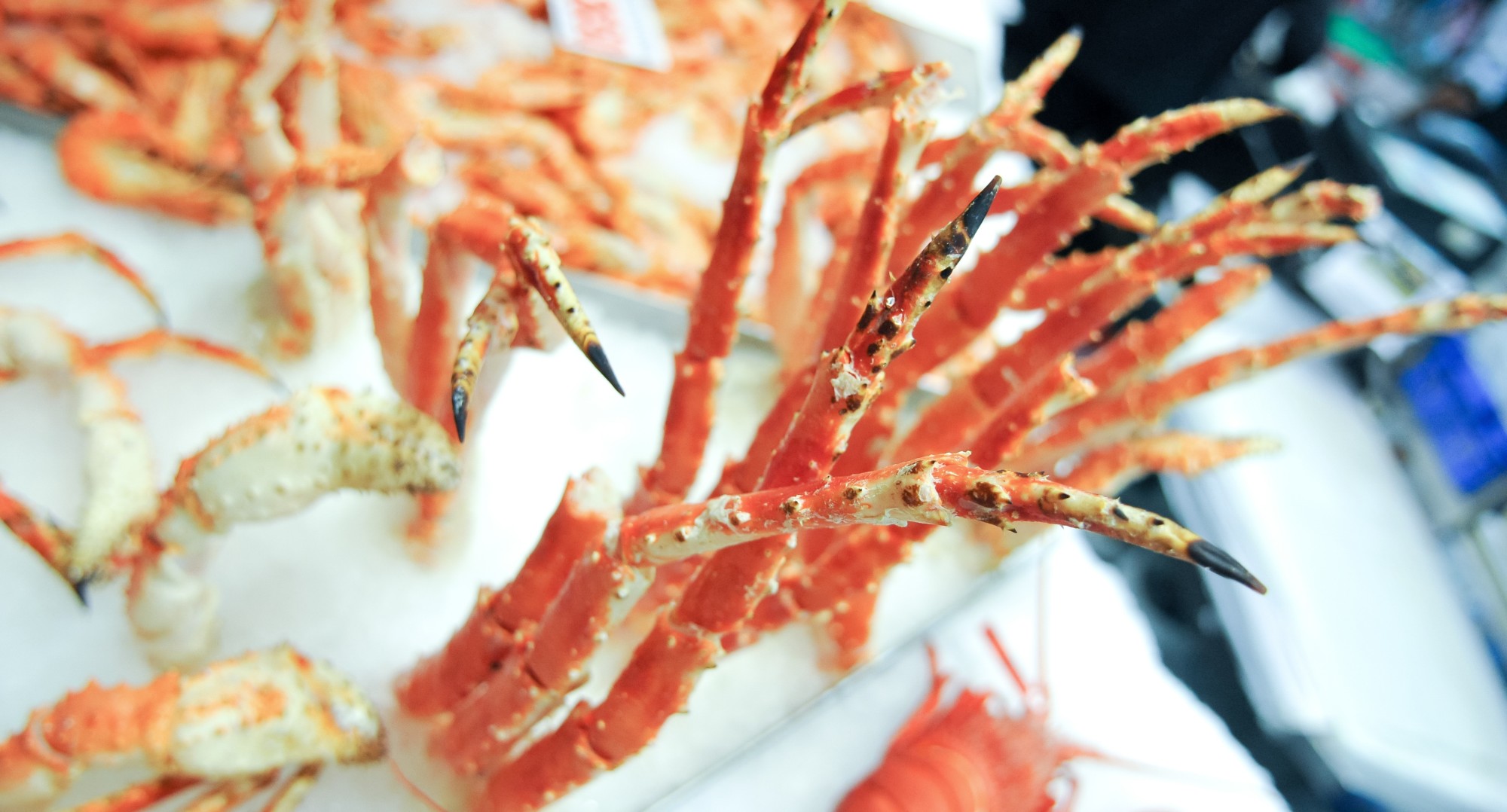 With crab being one of the most difficult foods to eat on this planet, you may feel worried about ordering it at a restaurant. Sitting there, looking sheepish in a bib, with no idea where to start picking. You might give up before you get started.

So why not try enjoying the lip-smacking delights of crab meat in your own home? That way you can slurp, crack, and suck all you want without anyone judging you.

But you may wonder how to cook fresh crab, is it as messy and complicated as eating? Actually preparing and cooking crab is easier than you think. The most troublesome part is definitely in the eating.

Follow these steps and you’ll be ready to cook crab before you know it. Let’s get cookin’.

Before you start cooking crabmeat, you need to buy crabs. It’s not as easy as buying other seafood. So how do you do it?

You can choose whether to buy a crab that’s still alive or not. If it’s alive, make sure it smells fresh and feels heavy. Always choose one that looks active (not one that already looks half-dead).

If it’s dead, it should be already cooked. Never buy a dead uncooked crab as you don’t know they killed it, which means it may not be safe to eat anymore. You can also buy crab meat in cans, but that’s cheating, right?

Crabs taste better when they’re cooked immediately after killing. So if they are alive (and you don’t have the heart to do it yourself) ask the fishmonger to kill it. Then take it home and cook it ASAP.

One of the best places to buy crab is Crab Dynasty. You can trust they have the freshest crab around. They’ll even deliver them live to your doorstep.

Types of Crab for the Taking

In most American grocery stores, you can get a hold of two main types of crab—Snow crab and King crab.

Another popular choice is Blue crab. They are sweet and turn bright purple when cooked. But they are more expensive than Snow and King crabs.

Before cooking crab, you need to clean it. If you’ve bought a live crab, first you need to kill it.

A common way is by immersing the crab in boiling hot water for 1 minute and then in ice water to cool. If you want to kill it more humanely, stun the crab by putting it in the freezer or ice water for 20 minutes.

Once the crab is cool enough to handle, use your kitchen scissors to remove unwanted parts, such as the eyes and mouth. Cut a straight line across the front of the crab to remove the face.

If you prefer, twist and remove the legs to cook them separately. Or leave the legs on and cook the entire crab as a whole.

After, using the palm of your hand, push down on the crab’s body. Stick your fingers between the small gap where the body meets the shell and separate the body from the shell. This “tail flap” should come off in one piece, although you may have to pull hard.

With your fingers, pull away and discard the feathery gills around the main body and inside the shell. Then remove the guts by rinsing the whole thing under a running tap. Make sure only white meat is leftover, not anything greenish-brown.

Cut the main body in half so there are two equal pieces. Now you’re ready for cooking.

How to Cook Fresh Crab at Home

Just like any other seafood or meat, there are a variety of ways to cook it. Follow these mini step by step guides to know how to boil it, steam it, BBQ it or roast it.

If serving immediately, pair with melted garlic butter for dipping and french fries on the side.

How to cook crab meat by steaming? Follow these 5 steps:

While it takes a little bit of extra effort than boiling, many prefer steaming as it keeps the flavor intact.

Instead of traditional hot dogs and beef burgers for your BBQ, get exotic with crabs. After cleaning, follow these steps to barbeque your crab to perfection:

Nobody will forget your summer BBQ if you have crab meat on the grill.

Roasting crab meat is another tasty way to enjoy this luscious seafood. It’s simpler than barbequing. All you have to do is season it, and stick it in the oven.

Here’s how to do it:

Serve this mouth-watering treat with a green salad and plenty of crusty sourdough bread.

How to Remove the Crabmeat

Some may choose to pick, pull, and crack the crab while they’re eating. It’s all part of the experience, right? But if you want to use the crabmeat in a recipe or you’re hosting a dignified dinner party, pick the meat out beforehand.

Whether you boil it, BBQ it, roast it or steam it, how do you remove the meat? Follow these steps:

Sounds a bit finicky. But once the crabs cooked, the meat comes out easily.

Are You Ready for a Crab-ulous Treat?

As you can see, cooking crab meat isn’t as hard as you think. But now you know how to cook fresh crab at home, it’s time for the messiest part—the eating. It’s not going to be a dignified ordeal, but at least you know it’ll taste crab-ulous!

For more lip-smacking tips on food, check out the “Cooking” section of this blog.