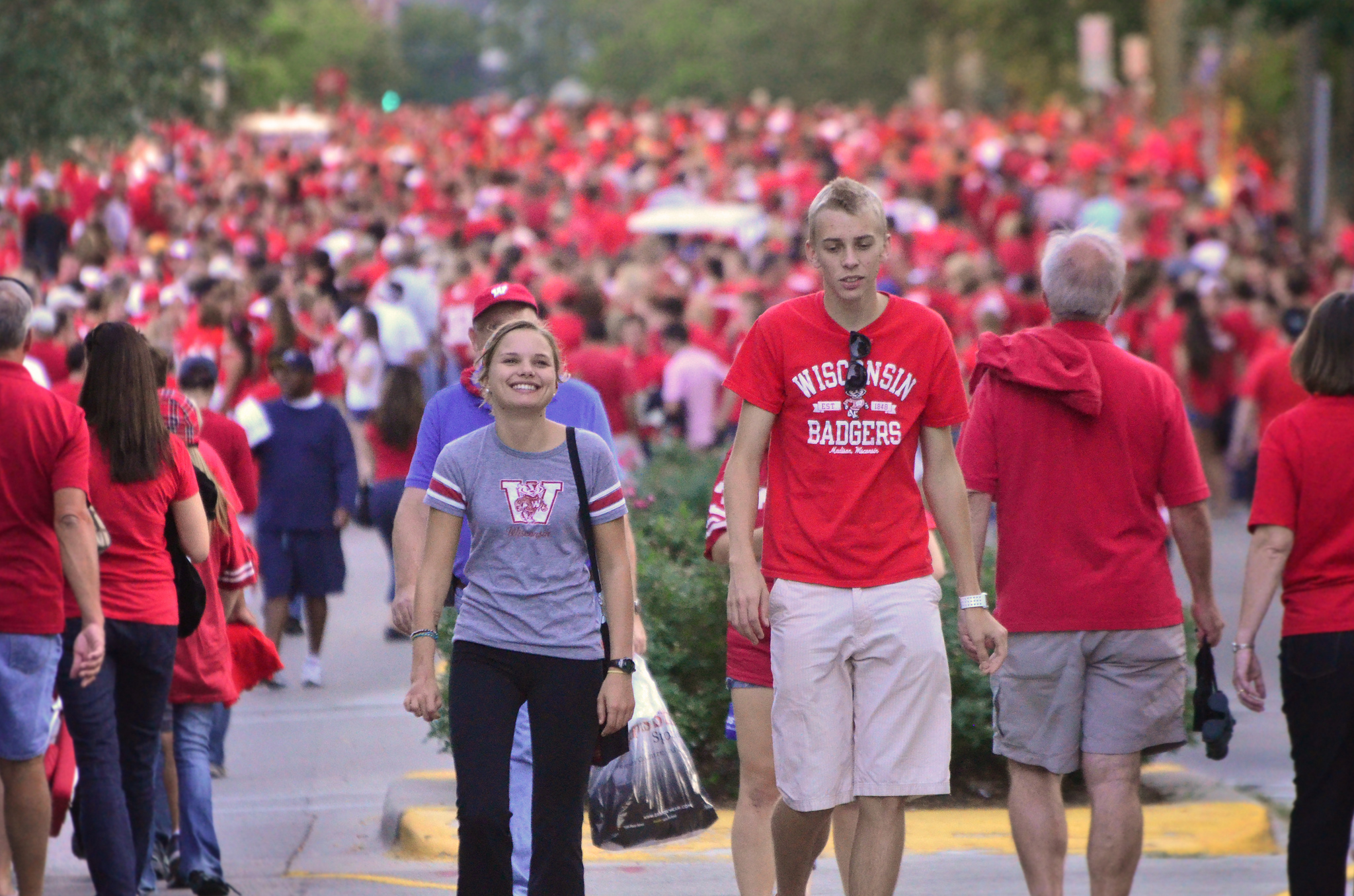 As part of our focus on college sports teams, today we are going to take a look into the history of the Wisconsin Badgers, where their name came from, a little about their history and what they do best. To help me out I spoke to former Wisconsin graduate Sandy Petrocelli who was on hand to fill in all of the blanks about this university team.

Where Did The Name Come From?

Wisconsin was named the badger state as a result of the way in which the very first miners who arrived in the state during the late 1820s lived during the cooler, winter months. As a result of the lack of shelter, the miners burrowed sheltered locations in to the hillside, just like badgers.

In terms of naming the college teams, the university adopted the badger as a mascot in 1899 and his name “Buckingham U. Badger” or Bucky Badger, came about in 1949 as the result of a contest that was held on campus. Interestingly enough, a live badger was used as a mascot for the first few games of the 2003 seasons but it roved to be far too fierce to be near crowds and they resorted back to the uniformed mascot that they used previously.

The Wisconsin badgers, like most college teams have had varying success throughout their different sports programs, let’s take a look.

The football program in Wisconsin has been one of the most successful in the Big Ten and the Badgers between the early 90s and 2005, the Badgers won three Big Ten Championships as well as three Rose Bowls under then coach Barry Alvarez. The team plays their games at the Camp Randall Stadium which is the fourth oldest college stadium in the country and has a huge capacity of 80,300.

In men’s basketball the team have made it to the NCAA Final Four, four times in their history although only managed to win the National Championship on one occasion, back in 1941. In the NBA at the moment there are currently 5 players who attended Wisconsin, Sam Dekker, Frank Kaminsky, Devin Harris, Greg Stiemsma and Jon Leuer. The hoe record which the Badgers hold at the 17,900 seat Kohl Center is one of the best across the whole of college basketball.

The Women’s Ice Hockey team have been living through a golden generation for the last decade and since 2006 they have one the NCAA championships no less than four times and appeared in the Final Four each year since then. The women’s team are also record attendance holders within the NCAA having broken their own record twice.

The Wisconsin Badgers are said by experts to be quickly becoming on of the most important colleges for would-be athletes across the country and if the Badgers keep grabbing titles in so many disciplines, it is easy to see why.