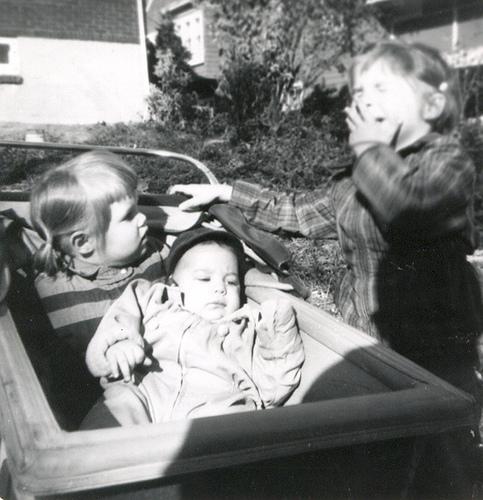 It’s easy to have a short memory when it comes to making healthy choices, but the Great Flu Season of 2012 knocked enough of us around to leave a lasting impression.

Since the influenza virus that became known as Sydney 2012 is still doing the rounds, though with slightly less vigour, you might want to take a preventative approach to this season’s indiscriminate viral hitchhikers.

Though it’s true that immunologists and virologists can only create vaccines based on existing strains of influenza, immunisations can still prevent contagion or severity of the virus as it naturally mutates. It’s easier to cross your fingers and hope the flu isn’t interested in your hosting potential, but there are no guarantees that even the fittest and most health-conscious of us will escape unscathed. But let’s look at the serious side: while the eternally vibrant among us face the possibility of a few miserable days of bed-rest and chicken soup, others risk so much more. Leading medical specialists and health advocates regularly remind the fragile and immunosuppressed that prevention is always preferable to cure. The elderly, the chronically ill, pregnant women, and those with conditions such as asthma and heart or lung disease need to seriously consider the effect a bout of flu might have on their overall health. That’s rather a large chunk of our populations.

More than ever, immunisation has become one of the key weapons against the spread of preventable disease. In areas of low immunisation, often as a result of misleading “alt-lifestyle” claims and scare tactics by organised anti-establishment groups, we have seen a resurgence of serious diseases like measles, whooping cough (pertussis) and tetanus, with the victims being the most vulnerable in our society, and the least able to make their own health decisions. This is a very real concern in certain corners of our community, and while the vast majority are grateful to organised efforts to rid the developed world of hideous conditions like polio and smallpox, there can be a lingering, but frequently misguided concern that non-essential or frequent vaccinations can overwhelm the immune system, or even cause an outbreak of the virus it aims to protect us from. Because immunology is a complex area, it’s best to source the answers to any lingering concerns directly from an accredited and recognised medical body, such as the Australian Medical Association.

One well-publicised fact that remains poorly understood in the general populace is that the routine prescribing of antibiotics for flu sufferers is contributing to the strains of bacteria known as “super bugs”. They cause potentially life-threatening infections that are particularly resistant to even the most potent drugs. This phenomenon is particularly associated with sick and frustrated workers who are looking to minimise the days taken away from the office, and occasionally helped along by additional pressure from colleagues or management. GPs are prone to feeling obliged to offer something tangible in addition to common sense advice to flu patients, to no effect beyond placebo. This is because antibiotics are completely ineffectual against viruses.

Decades of this repeated scenario, along with overuse in agriculture and a culture of “germ-phobia”, have killed off largely benign bacteria in our environment, with only the strongest and most resistant left to carry on. We are leaving ourselves vulnerable. With targeted interventions like flu vaccinations, we can begin to reverse the tide of the overuse of antibiotics, and buy the researchers extra time to tackle the problem at hand.

Many workplaces, community outreach programmes and bulk-billing clinics offer immunisation services with subsidies, or even for free. If your medical history is atypical or complex, an appropriate specialist may be beneficial in helping you make the best long-term decisions. To access the best healthcare for your needs, bypass the waiting list and compare the market online for the right coverage. It’s time to take control and reduce your odds of being a victim this winter.